The digitization of society not only assists us in our work, but also helps us to pursue our hobbies in these extraordinary times. Virtual soccer, for example, is attracting more and more followers around the world. You don't need an Xbox or PlayStation to play it - a smartphone or PC is quite sufficient to manage a soccer team and achieve national or even international glory. In these Corona times, however, IT is not only used for the simulation of sports. It also creates virtual fans that don't pose an infectious threat to each other and generate at least a minimum of atmosphere in non-virtual stadiums.

#IT as a Service   #IT Architecture   #Managed Services

This year, the virus has shaped soccer events around the world. Canceled and postponed matches as well as empty stadiums were and are the norm in many places.  In Switzerland, numerous matches in both the Super League and the Challenge League were postponed.

But even if games are played, it is not possible to fill the stadiums under the given circumstances; the omnipresent virus does not allow it. At least there are now computer simulations that can improve the situation a little: Games in the major American baseball league were broadcast this summer from stadiums whose seats could be filled with virtual fans at the touch of a button. IT fan technology was also used in the NBA: real fans were transported to the venues by screen and digitally seated in the available seats. Of course, none of these solutions replaces the real fans in the stadium and the atmosphere they produce. But the fact that such simulations are possible at all demonstrates how immensely powerful today's IT is.

Fantasy Sports: Soccer is the most popular

The pandemic has had no negative impact on the countless virtual teams competing in fantasy sports. Whether it's American football, basketball, baseball, ice hockey, car racing, golf - and, of course, soccer: experts estimate that in the U.S. alone, there are around 60 million players competing for victories in fantasy leagues, placing bets and generating more than $7 billion in revenue. In Switzerland and many other countries around the world, soccer is the most popular club sport - and there are not only hundreds of thousands of enthusiasts but at least as many fans who know exactly how the game should be played. Therefore, it is not surprising that virtual soccer games are extremely successful. The soccer simulation Fifa, which runs on game consoles and is re-released every year (Fifa 2021 is the latest version), has become a bestseller, selling millions.

Where strategy matters most

However, for those who want to play soccer as a deep strategy game, the best choice is "Hattrick" a browser-based game invented in Sweden. Hattrick is a phenomenon: the soccer manager game has been around since 1997 and, although it is very demanding, it has a large and mostly very dedicated community of players, which has made it the world's most popular online soccer manager game. Hattrick, unlike the simulation games in the Fifa series, doesn't offer alluring 3D visuals. Instead, it has an extremely deep strategic gameplay engine that makes it possible to spend hours, days and years with the game. The game is free, and paying money doesn't offer any advantages in gameplay.

Currently, there are several hundred thousand soccer fanatics around the world planning strategies for their clubs, buying and selling players, hiring and firing coaches, building stadiums, and counting their earnings after matches. Hattrick is available in 54 languages, is played in 144 countries and has had almost 14 million users who have written 353 million forum posts over the last 23 years. In total, more than 771 million games have been played in all leagues.
The strength of the different parts of a team - offense, midfield, and defense - is determined by the chosen formation, the rating of the individual players and other tactical settings. This rating underlies the respective match results, with the software underlying the game, known as the match engine, using probabilities to generate match events. Scoring chances, for example, are created by calculating probabilities from possession, which in turn is calculated by the midfield rating of the two teams.
A hattrick season lasts 112 days, or 16 weeks. During this time, one league match and one friendly match take place every week. The games can be followed on screen; not as a simulation, but with live commentary. They last 90 minutes, just like in real life, and points are fought for in several leagues. At the end of the season, league preservation, promotion or relegation awaits.

Finances play an important role in the strategy of most soccer clubs - this is no different in the Hattrick universe. Thus, new players are cautioned in the instructions to think carefully about how they spend their virtual money, which they earn from games, sponsorship, fans and the sale of players. Expenses are high: player salaries, staff, and stadium maintenance must be paid. Good players, as in the real leagues, do not come cheap. They are traded on a transfer market. The game designers control this economic activity by regulating the virtual amount of money and the number of players sold on the transfer market.

The most important commodity, however, is time. The more time a manager spends on his club, his strategies and his players, the greater his chances of success. Because, as the successful manager of a Swiss club who has been at it for years puts it, "experience and time are everything in this game."

When it comes to the digitization of our society, UMB is at the forefront. FC Basel is one of our customers for whom we provide smart IT solutions that give them more time and help them to continuously strengthen their core competencies and achieve exceptional results. Call us if you too want to benefit from the know-how of our teams and walk off the field as a winner.

http://www.ht-links.de/ (A-Z index with tips and tricks for Hattrick, in German only) 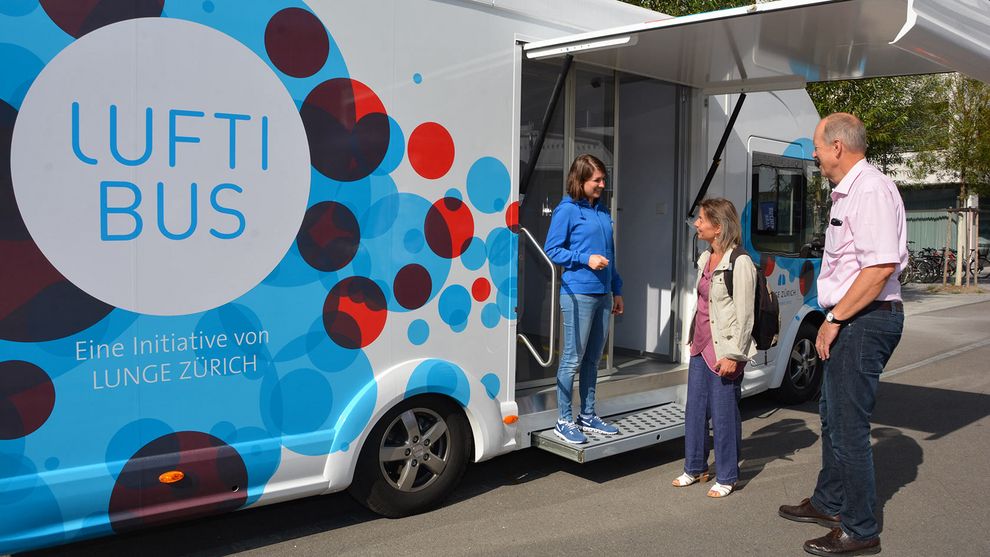 LUNGE ZÜRICH and COVID-19: A UMB Customer in Permanent Demand.