Parkinson's Law and our daily quest for more time.

We actually all have exactly the same amount of time to use - 24 hours a day. We spend a large part of this time for our work - often more than we should. Because Parkinson’s Law, a theory first articulated by naval historian and author Cyril Northcote Parkinson in 1955, applies to us all. "It is a commonplace observation that work expands to fill the time available for its completion" Parkinson observed at the time referring to the British civil service. Parkinson's Law holds true to this day. It applies not only to the seemingly infinite work potential of government bureaucracies and large corporations, but to each and every one of us. 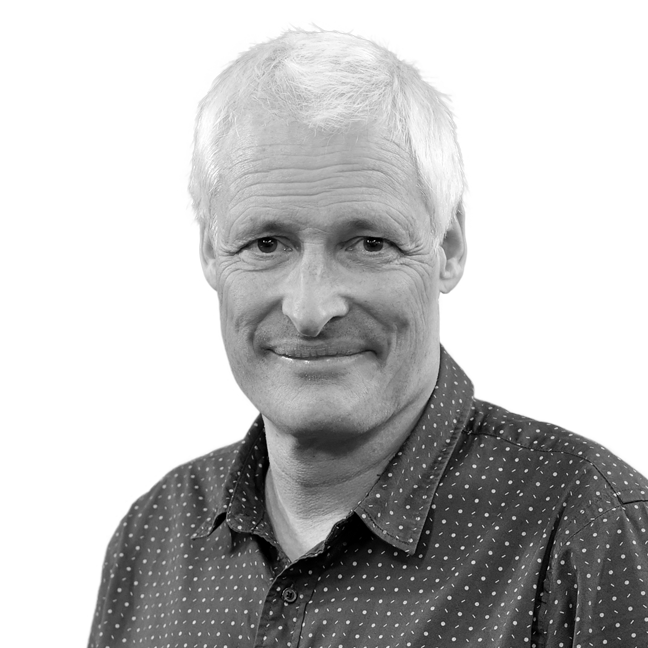 Computers, the Internet, the cloud; they all make it possible to perform tasks many times faster and more efficiently than just a few decades ago. Technical progress in the 20th century and at the beginning of this century was enormous. After World War II, until the 1970s, most of the G-7 countries experienced a massive growth spurt. The greatest acceleration, however, came with the advent of the computer age: After 1990, production accelerated and even exceeded the pre-1973 growth rate. However, leisure time for most employees did not keep pace during this period. Instead, their standard of living rose steadily: Most earners took advantage of the boost in productivity to improve their material situation - in other words, to buy things. Materialism retained the upper hand. But the fact that our demands for material things became greater and greater over the decades is not the only reason that we work so much. Work expanded to fill the time available. This happened not only in the workplace, but also in our private lives.

Economist and author Juliet Schor has studied the phenomenon of expanding work using the example of American housewives in the last century. According to her research, American housewives worked a full 51 hours in the year 1920. In the 1950s, their workweek increased to 52 hours, and in the 1960s, to 53 hours. Countless modern household machines that had become available over the years did not help: labor-saving technology could not prevent the expansion of working hours.

What happened? Journalist and author Derek Thomson has tried to answer the question. His explanation[i]: More modern technology brings higher expectations - and higher expectations demand more work. The advent of modern household appliances, among other things, created new standards of cleanliness - for living environments, clothing and ourselves, Thomson says. The new standards, in turn, created more work: washers and dryers raised expectations for clean clothes and made people buy more new outfits; as a result, there was more laundry to wash, dry and fold in the home - in other words, extra work.

Incidentally, the duration of housework only decreased when, in the 1960s, more and more women found a job outside their own household and simply could no longer invest the same amount of time in their household as before.

From expanding work to expanding leisure in the home office

Which brings us back to Mr. Parkinson. People who work longer hours often feel that they are better employees. The idea that a job that takes longer leads to a better result is still widely held. However, the move to the home office has meant that it is no longer quite as easy to mark presence, and so it is quite likely that Parkinson's Law is not as easily applied in the home office as it is in the office at the place of business.  The transition from expanding work to expanding leisure (which no one knows about) may well be fluid at the office at home.  This is something that numerous executives also suspect, and they are now trying to get their staff back into their businesses. A recent study by Yougov and Linkedin among 2,000 executives from eleven countries shows[ii] that in Germany, for example, a good third of executives (37 percent) fear negative consequences for their company if they allow employees to work from home. According to Parkinson's theory, however, these concerns are unfounded: After all, Parkinson's law works because many employees work longer on a task than they need to - often because they have misjudged how much time they have for the job. So if they complete their tasks faster than planned, no one will actually suffer any harm - even if those employees are less productive the rest of the time in their home offices.

Know when to finish a task

Human productivity is not linear. We all know a thing or two about that. At the beginning of a task, we put in more effort, concentrate better and work more efficiently than after two, three or six hours. After a certain amount of time, the extra effort doesn't really pay off. That's the sweet spot - to maximize the benefits and minimize the costs. This is true not only for individuals but especially for companies too. According to Parkinson, a six percent growth rate for administrative positions in an organization means that sooner or later the company will die - because the entire workforce will be engaged in bureaucracy and no one will be engaged in production anymore - which is important for companies, but rather a minor matter for ever-growing public administrations.

Time is one of the most valuable resources in the world

Parkinson's theory addressed efficiency in the use of time. When it comes to productivity, many other important factors come into play[iii]. Essentially, it's about how effectively a company combines and uses all its resources to achieve the best possible result. These resources include the entrepreneurial spirit and creativity of business leaders, but also the time they can spend on innovation and bold business ideas. At UMB, we believe that time is one of the most valuable resources in the world. Time is the raw material to turn good ideas into great projects. That's why we create time with intelligent IT solutions. By giving our customers more time, we help them to continuously strengthen their core competencies and achieve extraordinary results.

[i] Why Americans Are Always Running Out of Time - The Atlantic 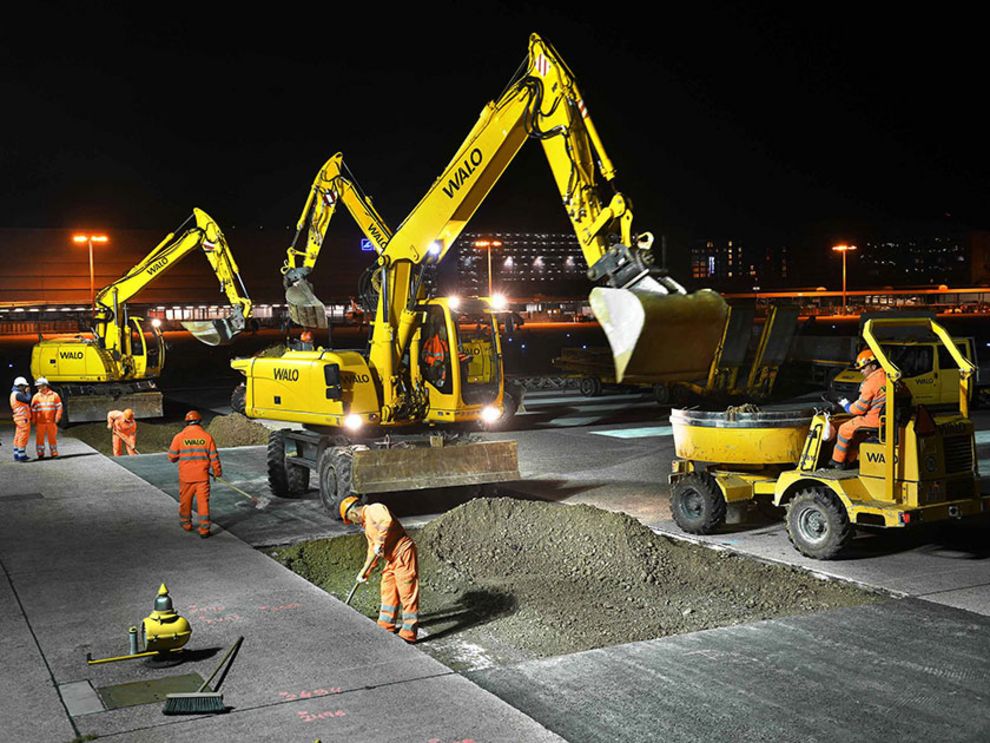 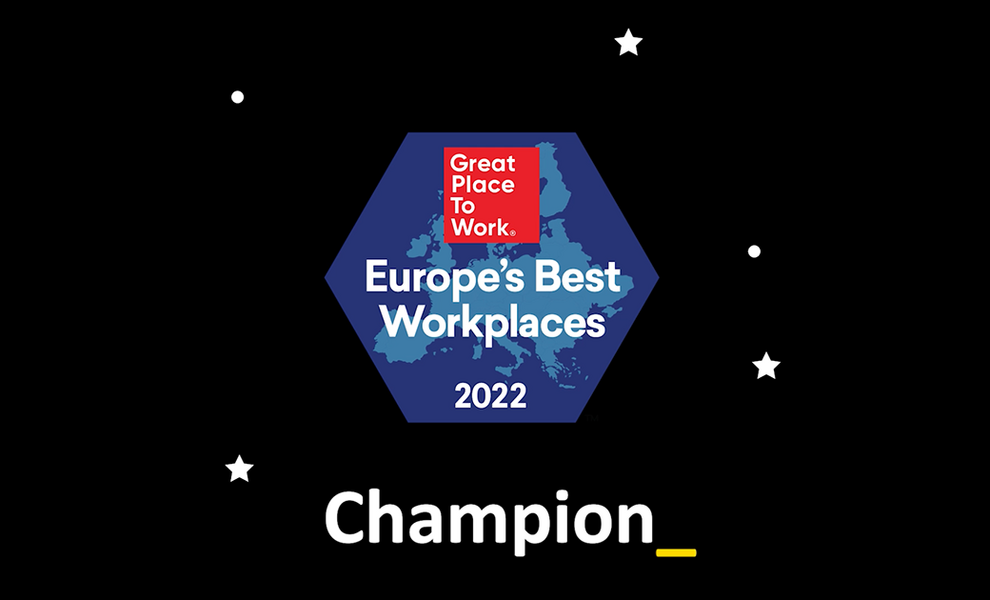 Imagine_IT: UMB is the Best Employer in Europe!