How Much Home Office Does the New Normal Need (and Tolerate)?

The COVID-19 pandemic is still slowing down businesses and social life. But forward-thinking companies are already planning for the time after Corona, which, thanks to successful vaccination campaigns, will hopefully arrive sooner rather than later. One trend is emerging: home office is good, corporate office is better - at least for a few days a week - after all, career opportunities look significantly better at the company than at home.

#Company   #Skype for Business   #Device as a Service

When it all began, everything had to happen very quickly. A year ago, when the big move from the company to the home office took place, IT managers worried about whether the capacity of the Internet would be large enough to cope with the rapid increase in data traffic. Then, working at home became the norm and the new situation was actually very well received - from different sides. The general tone: Remote working makes for greater efficiency, requires less expensive infrastructure and keeps employees happy, who can save a lot of time on the road and on public transport because their commute now only takes them from their bedroom to their desk.

In the meantime, the euphoria has died down and various disadvantages of remote working are becoming apparent - both for employers and employees[i]. Studies show that more than 40 percent of those surveyed are not as satisfied in their home office as they are at their office at the firm. One reason for this: Most remote workers check their smartphones and computers more often than at the office and can be reached over longer periods of time - even outside of working hours. More than half of the respondents also noted that their workspace at home offers fewer amenities than at work and they find it difficult to be acknowledged by their company while working at home. This perception problem can have a negative impact not only on the career of remote workers but also on their job performance: A survey by an American job platform found that home office employees spend an average of nine hours per week on private tasks such as cooking, watching TV, shopping online, exercising, or going out instead of working[ii]. Most employees also indicated that they do not feel responsible for making up this time at some time in the future. As mentioned, these results originate from the USA. In Switzerland, the situation seems to be different. According to a study by the Swiss Federal Statistical Office, the vast majority of employees here are granted a great deal of autonomy - even when working from home.[iii]

The extent to which there will be a return to the office post-pandemic depends on each employer's cost-benefit analysis - which must take into account hard-to-quantify factors such as corporate culture as well as employee satisfaction and productivity. Company bosses disagree on how to proceed - and they leave themselves plenty of wiggle room with their predictions (Microsoft foresees most employees working from home "less than 50 percent" in the future - which leaves wide latitude)[iv]. The heads of two major financial companies express clear reservations[v]:  Goldman Sachs CEO David Solomon called remote work arrangements an "aberration". JP Morgan Chase CEO Jamie Dimon stated in a shareholder letter that remote work dramatically undermines the character and culture a company is trying to build and virtually eliminates spontaneous learning and creativity. IBM boss Arvind Krishna doesn't see it quite as negatively - except as it relates to the careers of remote workers. He told Bloomberg news agency that probably about 80 percent of the company's employees could stay in hybrid jobs, but would have to spend at least three days a week in the office.  The IBM boss also doesn't believe that working from home will have a positive impact on careers: "If you want to become a people manager, if you want to get more responsibility or build a culture in the team, you can't do it remotely," he says.

At Google and Amazon too, it appears that many corporate offices will soon be staffed by employees again. Google, a company that stands for progressive workplace regulations worldwide, wants to bring its 200,000 employees back into the company offices for at least three days a week by September 1. In the future, Google employees will have to apply if they want to work outside the company for more than 14 days a year. Amazon has also let its employees know that they are expected back at their corporate office desks after the summer[vi]. As a memo states: "Our plan is to return to an office-centric culture as our base.  We believe it allows us to invent, collaborate, and learn most effectively together."
Many Swiss companies don't see it quite as clearly. However, it seems to be becoming apparent that in many instances the workplaces of the future will not be as generous as they were before the pandemic. Less space for more employees is the motto; many employers see the remote office as an integral part of the modern workplace.[vii]

We are working on our transformation to the new normal

The situation in the new normal is undoubtedly volatile, complex and ambivalent. At UMB, we have produced all of our online events in a new, dedicated production facility in order to maintain the necessary quality of communication during the pandemic. In our view, communication is the currency for the new normal and time for corporate culture is more important than ever. It is still true: challenges are solved collaboratively, even if work locations have become irrelevant to productivity in many cases. But distance means that it becomes more difficult to make inspiring acquaintances at your workplace; spontaneous discussions cannot happen. Team experience is reduced to a few square inches on the screen.

This is our challenge: culture must be promoted; new workplaces providing proximity despite distance are needed. At UMB, we are therefore currently revising our workplace concept to adapt to the changed circumstances - we are working on our transformation into the new normal. 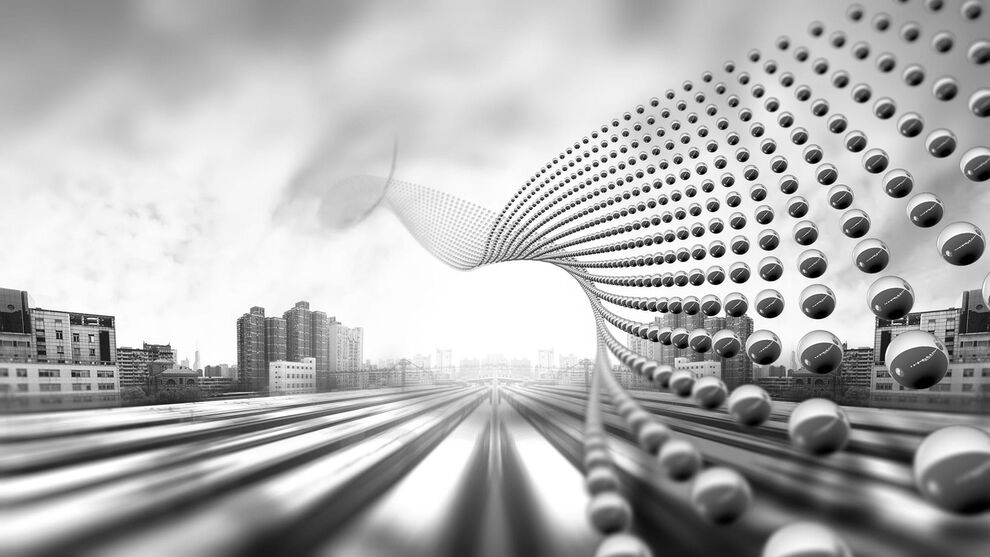 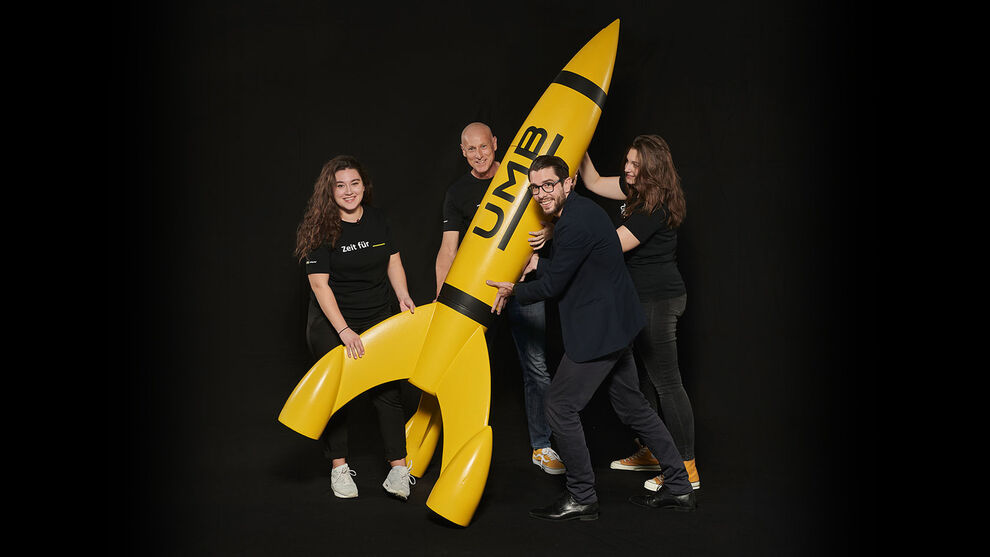